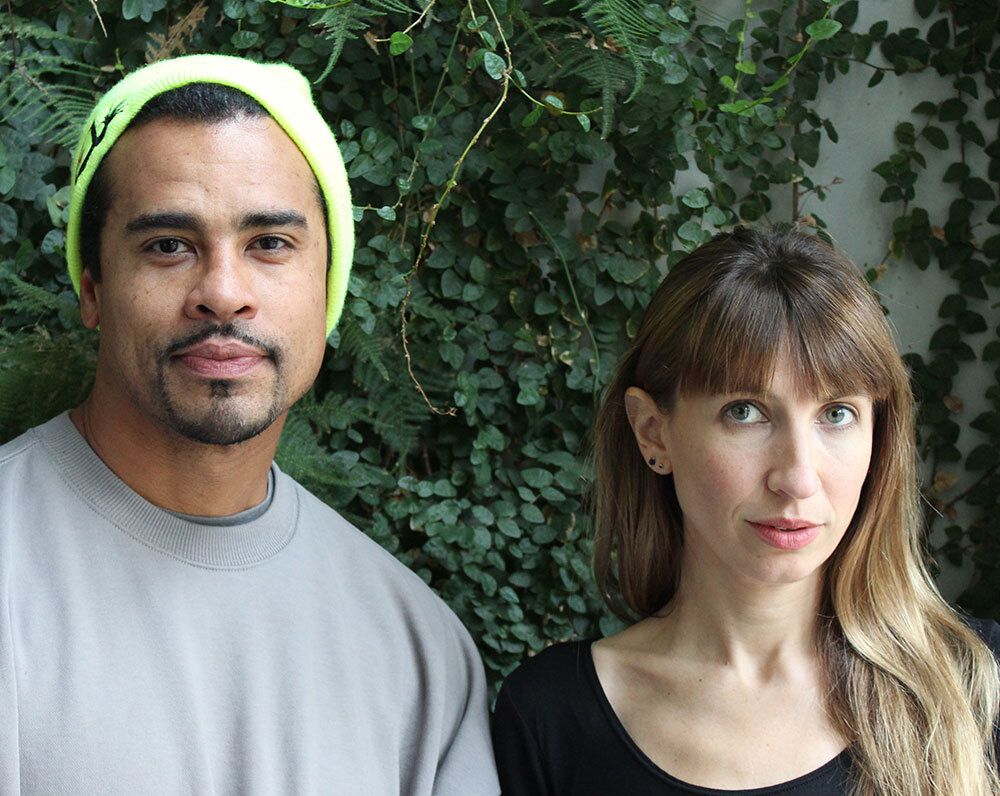 Recess, a nonprofit in Brooklyn partnering with artists to build caring and accountable creative communities, recognizes the work to make equity possible and acts on their collective vision, with the conviction that their decisions within the organization have a ripple effect into their surrounding ecosystem. Join Co-Directors Leonardo and Weisberg as they discuss the enactment of values-driven, embodied leadership.
We invite artists and arts workers from both the for-profit and non-profit art worlds to learn from their experiences, and use that knowledge to engage in a process of looking inward to develop structural changes in your communities.
About the Speakers

Shaun Leonardo’s multidisciplinary work negotiates societal expectations of manhood, namely definitions surrounding black and brown masculinities, along with accompanying notions of achievement, collective identity, and experience of failure. His performance practice, anchored by his work in Assembly—a diversion program for court-involved youth at the Brooklyn-based, non-profit Recess where he is now Co-Director—is participatory and invested in a process of embodiment.
Leonardo is a Brooklyn-based artist from Queens, New York City. He received his MFA from the San Francisco Art Institute, is a recipient of support from Creative Capital, Guggenheim Social Practice, Art for Justice, and A Blade of Grass, and was recently profiled in The New York Times. His work has been featured at The Guggenheim Museum, the High Line, and New Museum, with his solo exhibition, “The Breath of Empty Space,” is currently on view at the Bronx Museum.
recessart.org / elcleonardo.com / @recessart / @recessart_assembly / @elcleonardo
Allison Freedman Weisberg is the Founder and Co-Director of Recess. She approaches all of her work through a racial justice lens, collaborating with radical thinkers who reimagine an equitable future. Prior to founding Recess, she worked in the Education Department at the Museum of Modern Art and then at the Whitney Museum of American Art. She has given lectures and presentations at colleges, universities, arts institutions, and Museums, and has curated performances for the Brooklyn Academy of Music, Performa, and The Museum of Modern Art. She has contributed writing to publications ranging from artist books to Art in America. She is a Critical Dialogue Partner for the Studio Museum in Harlem, on the Board of The Van Alen Institute, and the Advisory Board of Art+Feminism. She holds a BA from Wesleyan University, and an MA in Visual Culture Theory from NYU.
recessart.org / @recessart / @recessart_assembly / @afweisberg
info@creativestudy.com
Join our mailing list
Copyright © CreativeStudy PBC 2023
Terms and Conditions
Accessibility
Privacy Policy
Courses
Art + Economics
Amy Whitaker
Author, Faculty Member at New York University
Holding an MFA and an MBA, Amy studies the friction between art and business and proposes new structures to support economic sustainability for artists. Her third book, Economics of Visual Arts, was published in the fall of 2021 with Cambridge University Press. Amy is also author of two other books, Museum Legs and Art Thinking. Serving on the arts administration faculty at NYU, Amy researches what would happen if artists retained equity in their work. Her work on fractional equity has appeared in Management Science (with Kraussl) in the "Fast Track" intended for "high-impact research that is of broad interest.”

Amy's work has been featured in The Guardian, Harpers, The Atlantic, the Financial Times, Artforum, and The Art Newspaper. Her early work with the artists' cooperative project Trade School was covered in the New York Times and The New Yorker. She speaks widely including at the Aspen Ideas Festival, Meaning Conference (Brighton, UK), and The Conference (Malmö, Sweden). She has taught at Williams College, the Rhode Island School of Design, the School of Visual Arts, and California College of the Arts, and is a past recipient of the Sarah Verdone Writing Award from the Lower Manhattan Cultural Council. 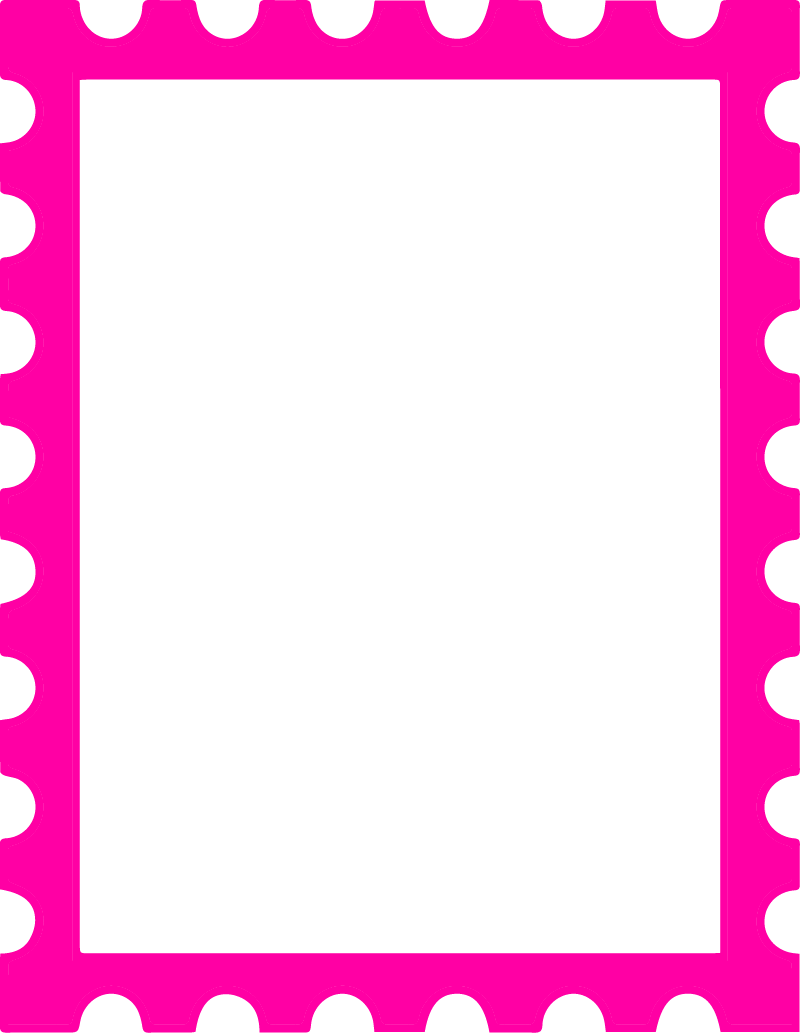 Sign up to get the latest information on upcoming events and new courses.
Thank you!
Courses
Business Entities
Luke Blackadar
Attorney, Deputy Director of Legal Services at the Arts & Business Council of Greater Boston (A&BC)
Luke Blackadar is an attorney and the Deputy Director of Legal Services at the Arts & Business Council of Greater Boston (A&BC). An artist himself, he helps artists, creative start-ups, and arts nonprofits manage legal issues involving copyright, trademark, contracts, entity formation, and corporate governance. Luke also enjoys talking to groups of law students and artists and has recently spoken on art legal issues to the Americans for the Arts, the City of Boston, and students at Brown University, RISD, MassArt, and Lesley University. In addition to managing the A&BC’s legal interns, he teaches at the Boston University Metropolitan College and the Roger Williams University School of Law, and mentors students through the Northeastern University and Northeast Regional Black Law Student Associations. Luke is a graduate of Clark University and Northeastern University School of Law. In his spare time, he enjoys drawing, running, reading, and playing video games.
artsandbusinesscouncil.org / @lukeblackadar
Courses
(U.S.) Taxes
Marci Blackman + Diana Y Greiner
Founders of Treehouse Taxes
Treehouse Taxes, run by Diana Y Greiner and Marci Blackman in Brooklyn, New York, caters specifically to self-employed individuals and small businesses. They built the Treehouse so you will have a safe, fun, and friendly place to get your taxes done.

Marci has been providing a combination of tax preparation, bookkeeping, and accounting services to a wide range of clientele, including individuals, partnerships, and small corporations for the past 20 years. As a longtime freelancer and award-winning novelist, Marci understands what it means to “hustle” for your dreams, particularly as it pertains to taxes. As a partner in Treehouse Taxes LLC, Marci believes transferring knowledge and helping artists and freelancers become savvy taxpayers is a form of social justice.

Diana Y Greiner knows about cobbling together an income, tracking expenses, and pursuing a dream. She has spent over 20 years juggling the life of a performing artist while developing and maintaining her left brain as the managing director of an arts organization, a waitress, an acrobatics instructor, an office manager, a massage therapist, a bookkeeper, and finally a full-fledged tax nerd by earning her EA. Through it all she maintains that connection is the point of everything.
treehousetaxes.xyz
Courses
Freelance Finance Overview
Pamela Capalad + Dyalekt
Hosts of Brunch & Budget
Pamela Capalad is a Certified Financial Planner™ and Accredited Financial Counselor™ who has worked in the field of financial services for over a decade. She founded Brunch & Budget to provide people who felt ashamed or embarrassed about money with a safe and friendly place to speak openly and make financial progress. Her mission is to make financial planning as affordable as possible for the communities who need it most. Her work has been featured in publications including the Washington Post, Teen Vogue, Huffington Post, and Vice Magazine. She was named in New York Magazine’s Best of New York 2019 and has brunched with over 400 people and counting.

Rad Pereira
Artist, Cultural Worker
Rad Pereira (they/them) is a queer (im)migrant artist and cultural worker building consciousness between healing justice, system change, reindigenization and queer futures based in Lenapehoking (Brooklyn) and Haudenosaunee territory (northern Hudson Valley). Their work in performance, education, and social practice has been experienced on stages, screens, stoops, and sidewalks all over Turtle Island through the support of many communities, institutions, and groups. Their book, Meeting the Moment: Socially Engaged Performance, 1965-2020, By Those Who Lived It, is available through New Village Press. They are building a Native led food sovereignty project called Iron Path Farms.
@______rad___
Courses
NO STARVING ARTISTS! NO SELLOUTS! Introduction To Creative Work In The Solidarity Economy

Ebony Gustave
Community Architect, Cooperative Journal Podcast Host
Ebony Gustave (she/her) is a web weaver, community architect, and storyteller. She is the host of Cooperative Journal podcast, an archive of interviews highlighting international examples of the solidarity economy. As a co-steward of its multimedia umbrella, she is bridging the gaps between political education, imagination, co-creation, and actualization. The common thread between all of her work is bringing awareness to, and activating, collective autonomy, care, and trust.
@cooperativejournal / cooperativejournalmedia.com
Courses
Protecting Your Storytelling Power: Strategies For Black Artists
Amani Olu
Founder of Olu & Company
Dubbed the “King of multi-tasking” by Anthony Haden-Guest in The Art Newspaper, Amani Olu is a serial entrepreneur with a strong background in exhibition making and art writing. He is the co-founder of Humble Arts Foundation, a 501c3 that began to support and promote new art photography in 2005. From 2008 to 2012, he curated numerous exhibitions of contemporary photography, and spearheaded the four-part series Young Curators, New Ideas. In 2011 he joined Nadine Johnson & Associates as an art publicist for clients such as the Brant Foundation Art Study Center, Marlborough Chelsea, and the Dallas Art Fair. Eighteen months later, he was named managing editor of Whitewall, having previously contributed articles on artists William Eggleston, Zoe Crosher, Elad Lassry, and Rashaad Newsome. He left to establish Olu & Company, a marketing and business consultancy for individuals, businesses and organizations in the arts. Amani makes art under the name "Scott Avery,” and is currently developing IMG SRVR, a visual cloud storage service for creative industries.
Image © James Adams
olucompany.com / @amaniolu / @olucompany /  @humbleartsfoundation
Courses
NO SCARCITY!  Timebanking
Mike Strode
Founding Coordinator of The Kola Nut Collaborative
Mike Strode is a writer, cyclist, IT consultant, facilitator, and solidarity economy organizer residing in southeast Chicago whose community engagement work has included ride leadership with the Chicago chapter of Red, Bike & Green; editorial and archival oversight for Fultonia; and co-facilitation of Cooperation for Liberation Study & Working Group. He is founding coordinator of the Kola Nut Collaborative, a time-based service and skills trading platform which promotes timebanking throughout Chicago. He also serves as a current board member for Dill Pickle Food Co-op.
kolanutcollab.com / @kolanutcollab
Courses
Remember The Future
Marina Lopez
Artist, Somatic Educator, Cultural Organizer
Marina Lopez (she/her) is a Mexican American performing and social practice artist, massage therapist/somatic educator, and cultural organizer. Her experience as a bodyworker is essential to her practice as an artist because we can’t separate the art from the body that makes it. Care work is culture work. As an artist, her work is an interdisciplinary weaving of many voices that links to history, social movements, and tradition. She is a co-organizer and creative collaborator with Art.coop. Marina seeks to create work that articulates and provides an embodied cognition of the ways in which art, culture, and care are foundational within a thriving society. Her work challenges the status quo of who we as a society uplift as expert voices, and inspires curiosity, collaboration, and solidarity.
@_artcoop
Courses
NO STARVING ARTISTS! NO SELLOUTS! Introduction To Creative Work In The Solidarity Economy

NO SCARCITY! Timebanking
Caroline Woolard
Artist, Educator, Chief Culture Officer at Open Collective
Caroline Woolard (she/her) is an artist, educator, and the Chief Culture Officer at Open Collective, a technology platform that supports 15,000 groups to raise and spend $35 million a year in full transparency. Caroline is a founding co-organizer of Art.coop which exists to grow the Solidarity Economy movement by centering systems change work led by artists, and is the co-author of three books: Making and Being (Pioneer Works, 2019), a book for educators about interdisciplinary collaboration, co-authored with Susan Jahoda; Art, Engagement, Economy (onomatopee, 2020) a book about managing socially-engaged and public art projects; and TRADE SCHOOL: 2009-2019, a book about peer learning that Caroline catalyzed in thirty cities internationally over a decade. Caroline’s artwork has been featured twice on New York Close Up (2014, 2016), a digital film series produced by Art21 and broadcast on PBS.
Caroline was integral to the writing, making, and funding of all the courses in the Solidarity Economy section of the site.
CarolineWoolard.com / @carolinewoolard
Log in or Sign up to start learning
Start learning
or
Sign up to !
or
click to upload avatar
I accept the Terms & Conditions
I would like to receive news, tips and tricks, and other promotional material
Start your learning journey
Sign in with your account Forgot your password?
Get a brand new password!
OK
cancel
Get a brand new password!
OK
cancel